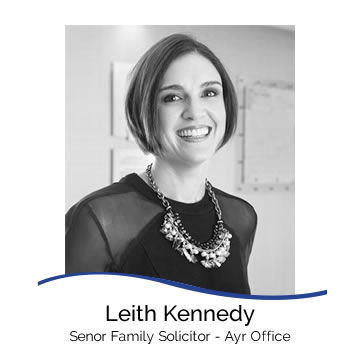 Leith is a Senior Solicitor and practises in the area of Family Law. She brings a wealth of experience in resolving all aspects of family law disputes. Leith became a lawyer in 2001 and has practised exclusively in the area of family law for more than 17 years. Her experience and training as a Mediator and an Independent Children’s Representative means Leith understands the dynamics involved in family disputes and the role each part has to play to resolve the disputes.

Leith has lived in the Burdekin for more than a decade and has practised as a family lawyer in Townsville, throughout her career.